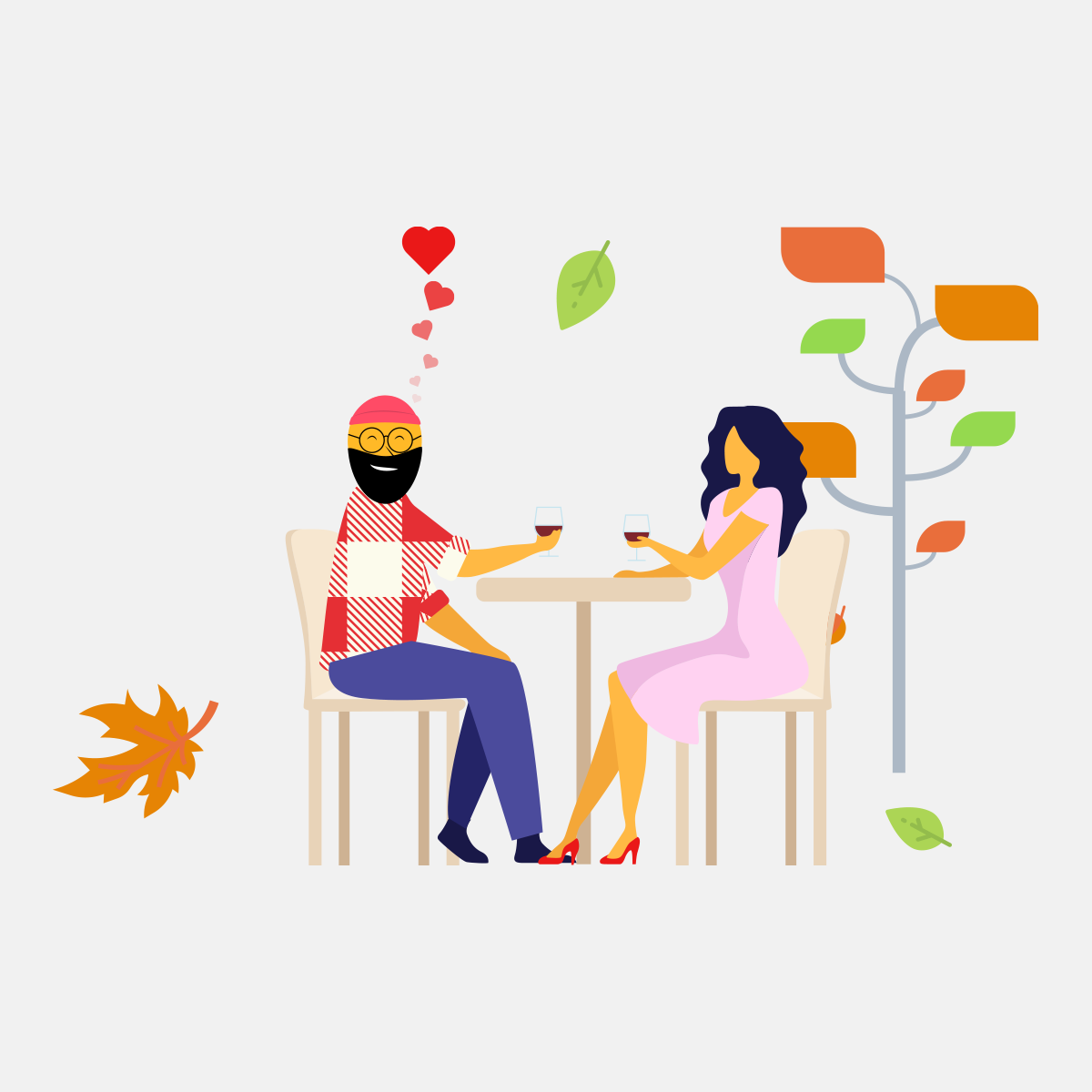 Tips for the best dates in Prague

October 6, 2022
‍For a coffee, drink or something more? Here are 5 tips for an unconventional date in Prague that won’t have you nervously pacing and speechless. Come with us!

A classic first date, which often invites even the non-coffee drinker. Because that’s what they say, whether or not you’re sure what relationship your better half has with roasted beans, the first “coffee” together should be worth it. And that simply means something more than just sitting at a table and sipping cappuccino. Like a place that gets you excited, where you forget about your nervousness.

Botanica Coffee Truck isn’t quite a coffee shop, but rather a florist with a selection of coffee and a piece of automotive history. You’ll walk to the magical spot in the courtyard, where the mobile café bar from the old Citroen HY stands, through a passageway that will lure you in from afar with its seasonal floral decorations - lanterns, pumpkins, lights, the smell of coffee and flowers will carry you away so that even the eventual silence will certainly not be awkward.

Where to park: Right in front of the café at 35 Moskevská street in Vršovice.

Date on BeRider and coffee to go = autumn idyll

A second date might need something a little edgier, don't you think? But even that doesn’t stop you from taking a little trip first and taking your better half through your favourite corners of Prague. If the bar you’re looking for is in the BeRider zone, there’s nothing to worry about - just park outside its entrance and take public transport or taxi on your way back home.

Balcony Bar breathes the style of New York rooftop restaurants with an atmosphere reminiscent of, for example, the TV series Sex and the City. There’s no shortage of fine drinks, a wide selection of champagne, and great food from the grill, but it’s much quieter for a chat for two. You’d better make a reservation in advance though - just in case you get blown off your seat on the heated terrace, which is open even in winter.

Where to park: At the crossroads of Jungmannovo and Národní, from where it’s only a few steps to the bar. (Jungmannovo square 17)

To the butterfly collection

Do you think, that this inconspicuous invitation with ulterior motives belongs to the last century? It can be more funny and interesting to draw out the intention further. Especially if your date is at least a little bit science-based.

The butterfly section of the National Museum’s entomological collection numbers one million specimens and is the largest collection of its kind in the country.

And when the incredible colours and shapes of the most beautiful insect make your eyes glaze over, you don’t have to go through the whole museum, but just soak up the atmosphere - perhaps in style, with good coffee and even more delicious desserts from the café in the magnificent atrium of the Historical Building. And as a bonus, you can sit right next to a large dinosaurus skeleton - something you can't get in a regular café.

Where to park: Directly in front of the National Museum at the top of Wenceslas Square or on Vinohradská street.

Inviting someone upstairs doesn't have to be a bold proposal at all. Although - going on a tour of a mysterious fifteenth-century tower that survived the cannonade of both the Swedes and the Prussians might take a bit of courage. But the surprising eight floors are manageable even for those who might be a little afraid of heights - after all, all life in the tower takes place inside.

Jindřiška Tower underwent its first reconstruction in the 19th century, and then thanks to an ingenious building project at the end of the 20th century. Thanks to the renovation, the tower now houses an exhibition space, a stylish restaurant on the top 2 floors, and even a whisky bar with a cozy seating area. Can you say no to this proposal of “Will you go upstairs?”

Where to park: Near the Jindriška Tower or at Senovážné square.

Did you know that with BeRider you can take a great one-day trip, further out than the city center? What about Dalejské údolí (the parking zone is in Petržílkova street) or Modřanská rokle with parking in the Lhotka neighborhood? And then Neapolitan pizza in the SASY.RE restaurant in Modřany. Yummy!

The BeRider will also take you to the Botanical garden in Troja. Park on Hnězdenská Street in Bohnice and use the northern entrance to the paradise of plants and flowers. And then go for a glass of wine at the vineyard called Vinice sv. Kláry or for a dinner at the Salabka restaurant and winery.

You’ll always be able to take at least a short ride - whether it’s to catch a restaurant reservation or a movie screening, or simply because you want to experience something extraordinary together.